Floyd Mayweather has beaten Conor McGregor in Las Vegas, claiming his 50th victory and maintaining his unbeaten record.
McGregor had been written off before the fight, but the Irishman surprised many of his critics with a largely professional display, taking the fight to 10 rounds.
He got off to a flying start, throwing a series of punches at the 40-year-old and scoring a few early points.  Displaying some theatrics, the Irishman even put his hands behind his back t one stage.
As the first round wore on, Mayweather went on the offensive but failed to connect and it was the Irishman who was ahead as the bell rung.
In the second round, McGregor continued the assault and easily held his own against the undefeated Mayweather. 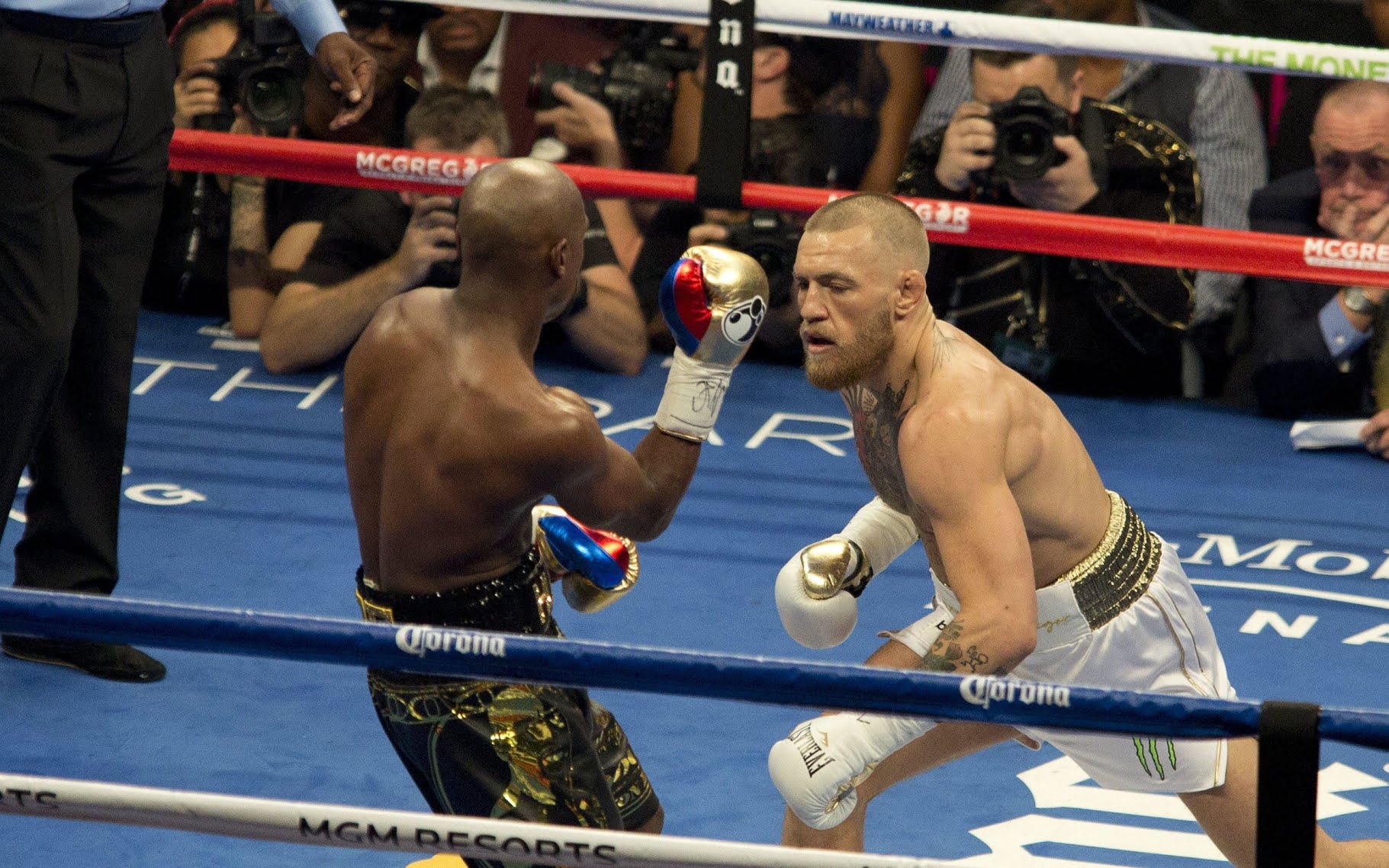 McGregor received a warning in the third round as he illegally connected with Mayweather on the top of the head. Despite the breaches, it was a largely controlled, professional display from the MMA fighter.  Mayweather, meanwhile, struggled to stamp his authority on the contest, receiving blows to the head and failing to make an impact on the 29-year-old opponent.
The American found himself against the ropes early in the fourth round as McGregor went on the attack. Despite apparently trailing the Irishman, Mayweather had time for a wink to the cameras in a show of confidence. 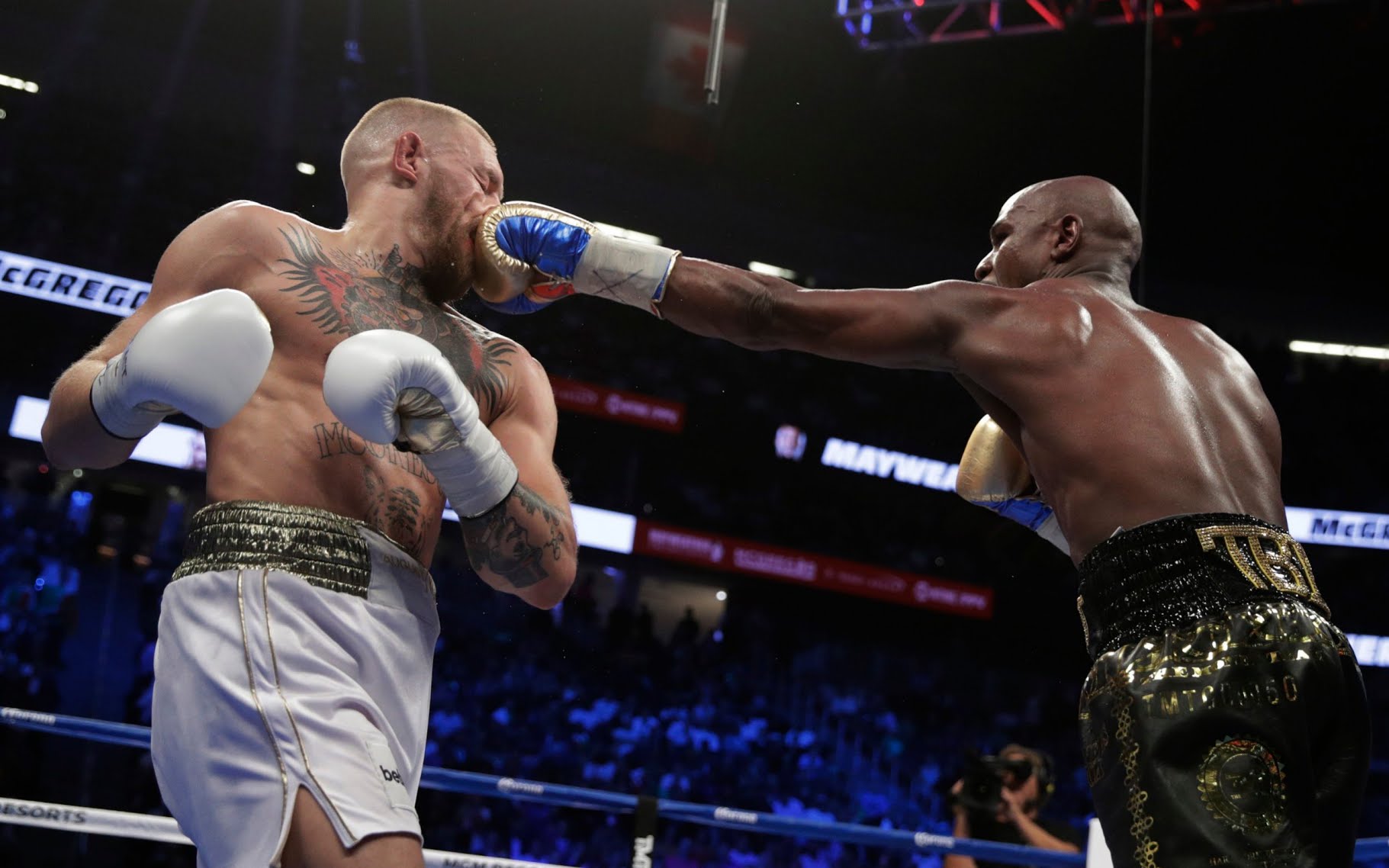 But Mayweather is known to be patient and started to find his groove in the fifth round.  Pushing the Irishman back, Mayweather landed a number of blows to the body and his pressure started to pay off in the sixth as the Irishman seemed to tire.
In the seventh, he finally started exerting serious pressure on McGregor, getting him on the ropes and landing a hard left hook.
In the eighth, Mayweather maintained the pressure but McGregor remained defiant, landing some shots of his own. 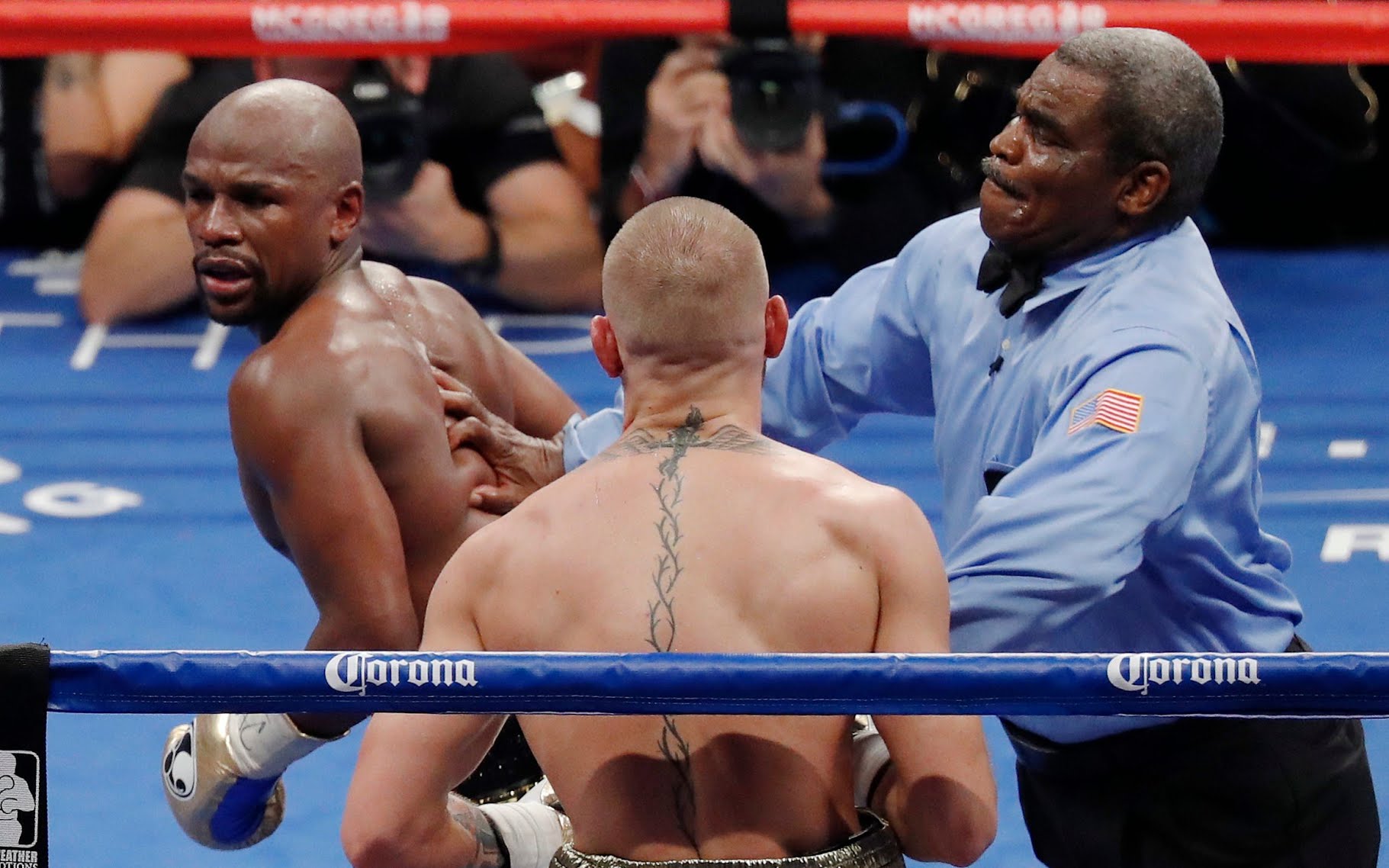 McGregor got Mayweather on the ropes early in the ninth, but Mayweather battered McGregor with a hard right. With the Irishman clearly tiring and with his legs wobbling, Mayweather moved in for the kill but the Irishman survived the round.
The American finished McGregor off in the 10th round, with the referee stepping in to stop the fight.

I turned him into a Mexican. What can I say, I had a bit of fun over this side. I thought it was close. I get a bit wobbly when I’m tired. there was a lot on the line and I should have been allowed to continue. Early on I was handy enough. He was composed, fifty pro fights will give you that. I’ve been strangled on live TV and let it go. But f— it, it was a great buzz. The man should have let me go, let the man put me down. It was fatigue and I get wobbly. Let me wobble back to my corner. You’ve got to put me down. Happy to perform for a different crowd and to be here draped in the flag.

“[Conor]’s a tough competitor – we gave the fans what they wanted to see. “He’s a lot better than I thought he was … he used different angles. But I was the better man … It was our gameplan to take our time and take him out down the stretch. That was my last fight. Tonight I chose the right dance partner. Conor you were a great dance partner tonight.”