Two Nigerian -born South African prisoners have been fingered in the killing of worshippers at St . Philip ’s Catholic Church , Ozubulu , Ekwusigo Local Government Area of Anambra State , on August 6.
The Anambra State Commissioner of Police , Mr . Garba Umar , disclosed this at a press conference on Wednesday in his office at Amawbia , in the Awka Local Government Area of the state .
He gave the names of the suspects as Prince Charles Obi , a .k .a. Gozila , and Dickson Nwodi , a .k .a . Afam .
Umar said Interpol had been involved to extradite the suspects .
He said other suspects in the killing who had been in police custody would be arraigned this week .
The CP ’ s statement read in part, “Two indigenes of Anambra State from Nnobi and Oba LGAs respectively , currently serving prison terms in South Africa for murder , have taken responsibility for the attack .
“They vowed that there will be more attacks if their financial demands , which were not disclosed , made of certain persons are not met.
“They mandated one Quintus Anayo ( alias Obasanjo ) based in South Africa to come to Ozubulu and inform the elders of the town of this threat.
“The two prisoners in South Africa are Prince Charles Obi ( a. k.a . Gozila ) and Dickson Nwodi ( a .k .a . Afam ) .
“The command wishes to state categorically that we will ensure that all identified perpetrators are brought to book . On that strength , three of the suspects in custody are to be arraigned within this week on charges of conspiracy and murder with other suspects at large.
“The Interpol is already involved in the investigation and possible extradition of the suspects based in South Africa who claimed responsibility for the attack on the church . ”
He assured the public that no one, directly or indirectly, involved in the killing would be left off the hook .
On the involvement of Aloysius Ikegwuonu , aka Bishop , in the saga , the CP said , “Bishop is just a victim . If they had seen him that day , they would have killed him.” 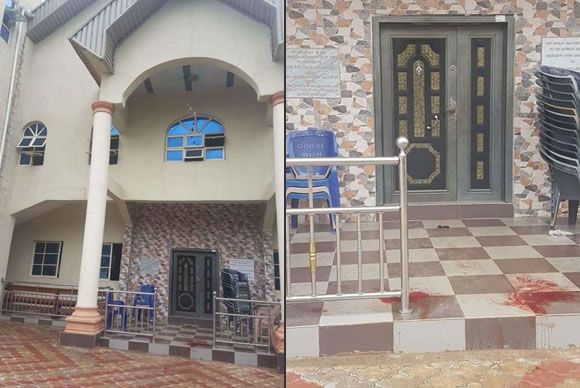